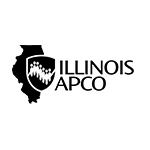 Create an Account - Increase your productivity, customize your experience, and engage in information you care about.

Voice over Internet Protocol (VoIP) is a rapidly growing alternative to traditional telephone service. Its popularity is fueled primarily by low prices, new features and the consumer’s ability to choose a phone number from nearly anywhere in the US.

While VoIP is an attractive option, it is important for consumers to understand the potential limitations the technology has with respect to accessing 911.

VoIP, in many ways, looks and works just like a regular phone. The primary difference between the two is how your voice is transported from here to there. With a traditional telephone service, your conversation, for the most part, is analog and is connected over a single static pathway over the Public Switched Telephone Network (PSTN).

In contrast, VoIP telephone conversations are digital and may take one or more different paths over the Internet, or private networks, to reach the called party.

VoIP services can be called different names. You may hear it referred to as: